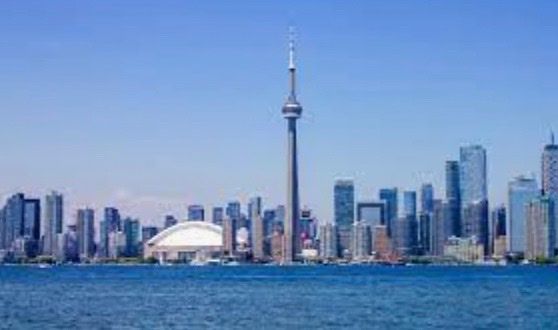 Over on Twitter I posted a few weeks ago that Canada has had a disproportionately significant impact on the evolution of #legaltech, way more than one might expect. Someone asked me to expound on that.

It’s not just that Canada has produced an unusual number of Legaltech companies and products for the size of the market, it’s the fact that these have often been highly influential in the way the industry evolved, or that they marked a particular period in the industry’s evolution in a way no other such product did at that time.

Thomson Reuters - yes, Thomson Reuters is Canadian. Well, the international conglomerate we know today is Canadian, founded in the 1970s after consolidating UK company Reuters, US company West, and the Canadian Thomson Newspapers. Headquarters were established in Canada and Westlaw was launched in 1975. The company continues to be highly influential in the way we conduct legal research globally, and in legal innovation more broadly.

OpenText - really the earliest (electronic) document management system used by the legal industry. Founded in 1991, partly by professors at the University of Waterloo, well before iManage in 1995 and Netdocuments in 1999. In 1997 and 1998, IDC recognized Opentext as the global leader by market share in electronic document management. Opentext eDocs held substantial market share in the legal DMS market for many years.

Clio - founded in 2007 by Jack Newton, Clio at the time represented one of the most significant software launches for small and mid-market law firms. When Clio was released, it signified an enormous advance in practice management tech for firms who would not be separately investing in timekeeping software, billing software, matter management software and a document management system. At launch, it was also the first cloud-based practice management software made for law firms. Clio has been one of the more innovative companies in developing a partner ecosystem, supporting and growing a broad stable of associated, fully integrated “Clio apps”.

Kira - founded by Noah Waisberg and Dr Alexander Hudek in 2011, Kira was the first company to use machine learning for contract classification, analytics and review. Kira became the most prominent such software for law firms over the next ten years, before being sold to Litera in 2021.

Closing Folders - in 2013, Sahil Zaman founded Closing Folders, perhaps the first stand-alone tool to provide a viable automated solution to the closing process and closing binder creation. Often considered to be an alternative to full transaction management platforms, Closing Folders developed solid market traction and was acquired by iManage in 2020.

ROSS Intelligence - in 2014-2015, the University of Toronto hosted the IBM Watson Cognitive Computing Challenge. The Challenge would determine who would win the rights to first develop Watson technology for a legal use case. Andrew Arruda, Jimoh Ovbiagele and Dall’Ogli, then students at the University of Toronto, won the Challenge and established ROSS Intelligence. Although ROSS has since folded, it was highly influential in the evolution of modern legal research and in bringing what was at the time advanced AI to legal.

Blue J Legal - launched in 2015 by University of Toronto tax professor Ben Alarie together with Albert Yoon, Anthony Niblett, and Bret Janssen, Blue J Legal also initially leveraged IBM Watson technology and was the first AI tool to use precedent case law to predict trial outcomes based on the facts of a case. It is now used by the Canadian Revenue Agency and it’s not unheard of for Blue J Legal reports to be submitted as evidence in court. Blue J entered the US market in 2019.

These are all major developments in the history of legal technology, and Canada’s influence does not stop there. Diligen was launched 2015, not long after Kira, by Laura Van Wyngaarden, targeting the same sorts of legal problems as Kira also with machine learning. Canadian company Athennian is one of the earliest and most well established entity management platforms, launched in 2016 to help maintain minute books. Start-ups like NLPatent, bringing computer vision and AI to prior art search, and CiteRight, making it easy to generate books of authority and to generate a research bank out of collective citation research, are just some of the newer innovative solutions to emerge from Canada.

Worth nothing too is that Canada also established the first ever legaltech incubators. The Legal Innovation Zone at the Toronto Metropolitan University (formerly known as Ryerson) was founded in 2015 by former Government Minister Chris Bentley and Government Advisor Hersh Perlis. It was established as a hub and co-working space focused on building better legal solutions for the consumers of legal services. In 2020, LIZ went global with programs supporting legaltech companies from across the world. Also in 2015, Toronto's MaRs Discovery District, one of the world's largest innovation hubs, launched LegalX, a program dedicated to “moving the legal sector forward through enterprises — whether startup or established corporates and law firms”. Aron Solomon, the MaRs Innovation lead, and Elevate's Jason Moyse ran the program. In 2018, the Canadian Legal Innovation Forum (CanLif) was launched, focused on the intersection of law and business and providing webinars, events and educational content for lawyers and legal professionals interested in moving the needle on future-forward change in the industry.

There are other notable aspects of the Canadian legal scene that have likely given rise to or allowed for an environment where legaltech and legaltech start-ups have flourished. The Canadian Bar Association (CBA) is fairly progressive, and in 2016 launched a program called The Pitch, where legaltech start-ups were given a platform to pitch their solutions to a panel of judges for the chance to win seed money. Mitch Kowalski, then a legal operations and innovation advisor, described it as “Dragon's Den meets Canadian Idol meets ET Canada”. Mitch ran an industry innovation group in Toronto from about 2014 onwards out of the Thomson Reuters offices, with KM and innovation leaders from law firms and consultancies in attendance. In 2012 Joshua Fireman founded Fireman and Company (now part of the Epiq family), which over the next ten years became the most influential and highly leveraged independent legaltech implementation and advisory business across North America, used by most of the Amlaw 100 firms. Canadian lawyer Aaron Baer is developing a new form of modern, practical legal education with the 4L Academy.

In my previous regional surveys of the legaltech landscape (see Brazil and Italy), I've commented that certain factors must be present in order for legaltech to flourish. Broad support for innovation is one of these factors, and in Canada that support for innovation across industries has been evident from Government initiatives such as MaRs, the forward-thinking nature of the CBA, financial and infrastructure support for start-ups in Toronto and regions such as Waterloo (where Thomson Reuters established its Innovation Lab in 2015), and from Universities that have run programs in support of innovation.

If we look at global reach and influence compared to population size, there is no question that Canada has been and continues to be one of the richest regions for legaltech development. Though much of the truly disruptive activity occurred in the period 2011-2016, it continues to be a region to watch.

We use cookies to monitor the performance of our website, improve user experience, and assist in our marketing efforts. By continuing to browse our site, you agree to our use of cookies.